Posted in News, Other

Earlier this Fall, Runtime Verification opened a subsidiary in Bucharest, Romania. The new company, Runtime Verification SRL, is located in the heart of the capital city and already staffed by seven persons. The operation’s focus will be two-fold; support the development of the new K in Haskell, and deliver smart contract verification audits for clients building products and services for the Ethereum community and beyond. The founding team consists of Traian Serbanuta (co-inventor of the K-framework), Virgil Serbanuta, Denis Bogdanas, Vladimir Ciobanu, Denisa Diaconescu, Ana Pantilie, and Andrei Vacaru.

Like I mentioned above, the opening of the Romanian subsidiary will enable Runtime Verification to take on more business in the blockchain space where there is demand for our services and expertise. Moreover, we will do so from the heart of Europe, the epicenter of all things blockchain. Finally, an additional benefit of opening a subsidiary in Europe is that we will be able to partner with both the public and private sectors to pursue research and development grant opportunities with the European Union. 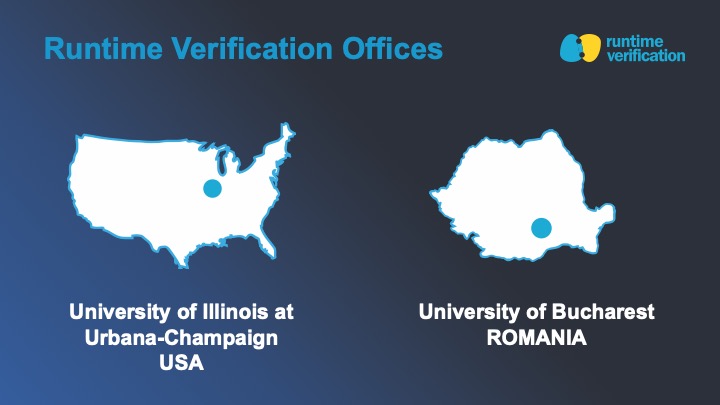